According to Maynooth’s Director of Sacred Music, Dr John O’Keeffe, the celebrations demonstrate the College’s uniquely distinctive musical and spiritual heritage. “Their setting within the splendid College Chapel, to the accompaniment of brass ensemble, timpani and the College’s newly-restored organ, provide a special moment of seasonal magic which never fails to capture the hearts and minds of those present,” says Dr. O’Keeffe

To mark the golden anniversary of the carol services, St. Patrick’s College and Maynooth University have commissioned specially-written pieces from two resident composers - Dr Edward Holden and Dr Ryan Molloy - which will be premiered at this year’s services. 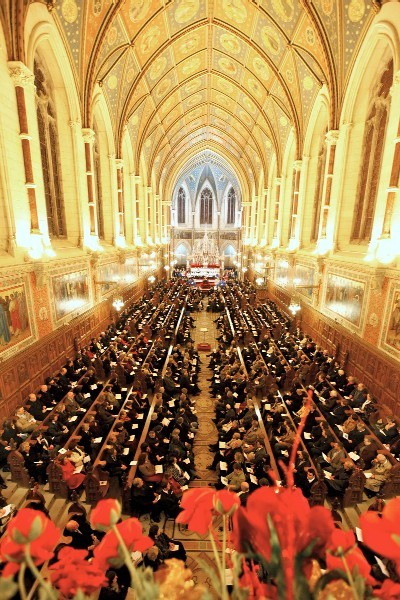