IT’LL ALL COME TOGETHER IN THE END 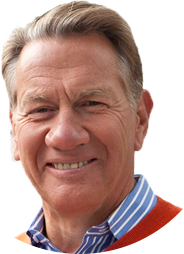 It never ceases to amaze me (although I now find that I am doing the same thing myself) that whenever anyone speaks about “doing a degree”, it rolls off their tongue like there was nothing to it!  I never fully appreciated the amount of work that went into achieving a third level qualification, until I experienced the whole thing for myself.  It is the hardest thing that I have ever done in my life, but it has been one of the most rewarding and fulfilling experiences that I have ever had.  This is my story:

About twenty years ago, for the first time in my life,  I woke up!  I had attended a personal development seminar in Australia that literally changed my life.  I made a conscious decision there and then that I was going back to college.  I simply wanted to learn.

After filling out the necessary forms and attending the necessary interview, I was accepted into St Patrick’s College, Maynooth as a BA Theology and Arts student in October 1995.  This was it!  Being the sixth of seven children and the fact that no one in my family had ever been to college before me, I had absolutely no idea what to expect.

I arrived at Loftus Halls, my new school bag on my back, full of enthusiasm…and not to mention naiveté, for I had no idea what was ahead of me.  I was a mere thirty years old!  I had already decided on my three subjects for first year – Theology, Philosophy and Sociology, so all that was left was for me to meet my three lecturers.  Three lecturers!  I was so green, I thought that I’d have just one lecturer for each subject and one book list…….bless me!  So you can imagine my absolute horror when every time I turned up for a lecture I saw a different face, was handed a different (what they called) bibliography and was given an outline of that particular course for “this semester”.  “This semester!  You mean I have to go through all this again”!  I began to shake at the thoughts of having to read all those books, this semester!  No one ever told me that I didn’t have to know everything or that I didn’t have to read all those books.  I guess they thought I knew.

Well, needless to say, I cried all the way through first year.  I was exhausted by the end of the first week!  I started studying from day one and never stopped until the exams were over in June.  Twenty four hours a day, seven days a week I was at it!  Well, I exaggerate…..it might have been only twenty hours a day!  I mean I had to sleep hadn’t I?  It wasn’t because I wanted to do very well – oh no – I just wanted to pass.  Fear of failure kept me going.  And whenever anyone mentioned going for coffee, I broke into a sweat, with the words “have to study, have to study” chanting through my brain.  I hadn’t a clue what I was doing or what I was supposed to be doing.  As for essays, I didn’t know what an introduction or a conclusion was, and as for plagiarism, what was that all about?  I had to learn from someone hadn’t I?!

No, I think we can safely say that first year was not a good year.  Every day I wanted to leave and I wondered “what am I after doing?”.  I constantly told everyone, lecturers included, that I couldn’t do this, that I hadn’t got the brains for it.  It was too hard.  And all I kept hearing from those who went before me was, “don’t worry, it’ll all come together in the end” and “just keep doing what you’re doing” and “first year is just about finding your feet”.  Between studying ’till I was blue in the face and not knowing where my feet were, I didn’t know which end of me was up!

But they were right!  Come April, as the exams were approaching rapidly, I began for the first time to see a bit of light at the end of the tunnel.  Things were starting to come together and I thought, “right, I can’t possibly study any harder than I have been, so all that’s left for me now to do, is to enjoy the exams”.  I’m serious! I’m not saying that I wasn’t nervous, of course I was.  In fact I was so nervous and worried in first year that I became totally self-centred.  I remember driving to my first exam – I was after squeezing in the last bit of revision before heading out, so I didn’t give myself enough time to allow for any kind of delays along the way – and I hit a line of traffic, of all things!  And I thought, “why are the lights red?  Don’t these people know that I have an exam to go to?  Don’t they realise what I’m going through”?  But when I did eventually sit down to do the exam, I found myself enjoying it.  To be able to write something for three solid hours was simply amazing to me!  Maybe this was possible after all!

Well, the first year exams came and went, and I’ll never forget the feeling of elation and freedom and sheer appreciation for life that I felt on that final day!  I saw again!  I went for walks….slowly!  I even had coffee….no sweat!

Second year came and I was ready for it!  I knew what to expect now.  This time, when I was handed a bibliography, it was a case of “thanks very much, I’ll just stick that in my bag and I’ll look at it when I’m good and ready”!   I remember one day writing my name on the top -Sandra Norgrove 2nd BATh – and I nudged the girl beside me and I said to her with a big smile, “isn’t it great writing 2nd BATh”?   She’s still looking at me!

However, second year brought its own catastrophes.  I might have found my feet ….but I slipped a disc!  Three weeks into the course and I could neither sit properly nor walk properly.  And I was like that all year.  My mind was trying its best to get me to quit, but I couldn’t.  I knew that deep down I wanted to complete this degree and as much as my body or my mind was telling me otherwise, my heart wouldn’t let me give up.  A dear friend of mine once said, “there are some things in life that you cannot not do” – and for me, this was one of them.  I couldn’t not do it!

Even though in second year I was keeping up with essays and tutorials, I still thought I was falling behind and in a moment of insanity, I even considered not sitting the exams.  But I did sit them.  And my results were even better than the previous year!  I was tempted to slip another disc in third year!

“My final year!  How on earth did I get this far”?  The workload was heavier but by this stage I was able to achieve more in less time.  You learn!  I still had my ups and downs – it was never plain sailing.  There were days when I sat on the edge of my seat at my theology lectures in Loftus, while the lecturer was going on about Truth, and Love, and Mystery, and I remember thinking, “this is brilliant stuff!”.  And then, being fully human, there were days when I sat well back in my seat, arms folded, thinking “how on earth do you expect me to believe this stuff”?.

Even towards the end of third year, I was still in awe of anyone who had completed a degree.  And then I was one of them!  And now it rolls off my tongue – “yeah, I graduated in 1998″!  It’s a great feeling of accomplishment!  After all the lectures, all the tutorials, all the essays and a thesis, there’s one thing that I’ve learned from my three years of study, and it is this: “now I know that I know nothing”!

Someone once said to me, “if you knew back in first year what you know now [in terms of what to expect] what would you have changed in that first year”? I said to her, “nothing”.  Because even though it was the hardest year of my life, it has contributed to making me the person I am today…..and I wouldn’t change that for the world!

My reason for writing this article is not to blow my own trumpet – music was never my forte!  My only hope is that it will give some sort of encouragement to students, mature or otherwise, who are having a tough time in first year and who think that they’ll never get to the end of it.  Keep doing what you’re doing!  First year is all about finding your feet!  You can do it!  Thousands before you did it and thousands more after you will do it!  And besides, hasn’t anyone ever told you ………it’ll all come together in the end!!!