Fr. Neil Xavier O’Donoghue is originally from Ballincollig, Co. Cork. He received his priestly formation at Redemptoris Mater Seminary in Kearny, NJ. In the year 2000 he was ordained to the ministerial priesthood for the Roman Catholic Archdiocese of Newark, NJ, U.S.A. He has completed a Bachelor of Arts and a Master in Divinity at Seton Hall University, South Orange, NJ. He has also earned a Masters of Theology from St. Vladimir’s Orthodox Theological Seminary, Crestwood, NY and a Master of Arts in Theology from the University of Notre Dame du Lac, Notre Dame, IN. In 2006 he was awarded a Doctorate in Theology specializing in Liturgy from St. Patrick’s College, Pontifical University, Maynooth, Co. Kildare, Ireland. After Ordination, he served as an associate in Our Lady Queen of Peace, Maywood for two years, and, from 2002 to 2013, as Prefect of Studies at Redemptoris Mater Archdiocesan Missionary Seminary in Kearny, NJ. In 2013 he returned to Ireland on loan to the Archdiocese of Armagh to help establish the new in Redemptoris Mater Seminary located in Dundalk, Co. Louth, where he served as Vice Rector until June 2018. He iis the author of St. Patrick His Confession and Other Works (Totowa, NJ, 2009), The Eucharist in Pre-Norman Ireland (Notre Dame, IN, 2011), as well as articles appearing in various theological journals, magazines and books. 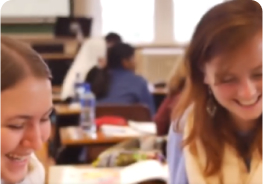