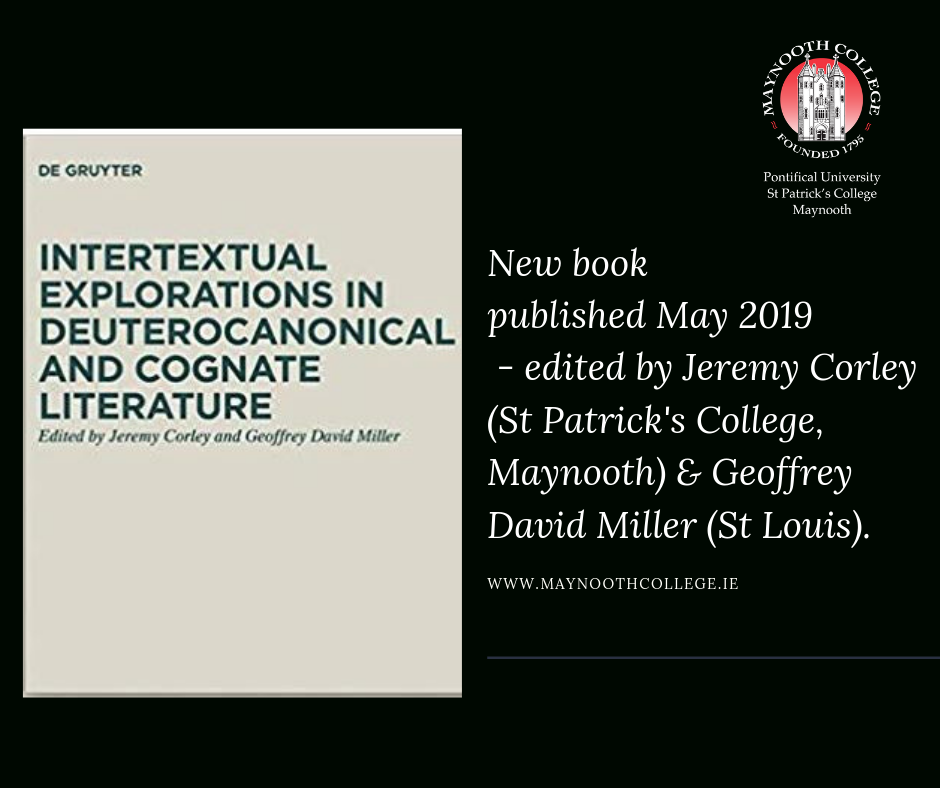 A new collection of scripture essays has just been published, edited by Jeremy Corley (St Patrick's College, Maynooth) and Geoffrey David Miller (St Louis). The volume—Intertextual Explorations in Deuterocanonical and Cognate Literature—offers intertextual readings of deuterocanonical writings such as Tobit, Judith, and Maccabees. The volume also discusses intertextual methodology, as it considers literary use of earlier compositions, connections with writings from similar times, and influence on future texts. Eight of the authors are from USA and one each from Ireland, Canada, and the Netherlands. The essays reveal the rich links between various scriptural books, as well as connections with wider literary culture.

A sample is available on Google Books: https://lnkd.in/g8Nd-ba