The Devlin Lecture 2019, entitled, "Human Rights in Catholic Social Thought: A Living Tradition and Some Urgent Challenges Today.” was be delivered by Prof David Hollenbach on the 4th of March, Renehan Hall, St Patrick’s College, Maynooth.

Prof. Hollenbach is a renowned moral theologian, famous for his work on a range of issues, especially in how faith intersects with broader culture. His The Common Good and Christian Ethics(2002) has achieved an established “classic” status within the discipline and his more recent work on refugee rights is of profound significance. He is currently President of the Catholic Theological Society and a consultant for the Jesuit Refugee Service.

Despite the inclement weather, a full house welcomed him in Maynooth as he spoke on the topic of “Human Rights in Catholic Social Thought: A Living Tradition and Some Urgent Challenges Today” in the Pontifical College’s beautiful Renehan Hall. After an introduction by Dr Suzanne Mulligan, who described Hollenbach’s body of work as of major importance in her own development as a theologian, the American Jesuit guided the audience through a whistle-stop tour of the dramatic shift within Roman Catholic attitudes around human rights in the last 200 years.

The paper was much more than a historical recounting of intellectual evolution. The substance of the argument rotated around the disputed status of forced migrants. Prof. Hollenbach compellingly argued that human rights must extend universally, especially so in a culture of increasing populist political sentiment. A recurring theme throughout the presentation was the reality that each generation can suffer blind-spots where they cannot see the ways in which they support, collude with, and even generate unjust oppressions. Turning at the end to consider the rights between the sexes, Prof. Hollenbach suggested that gender equality might be one such area where further development was needed.

When approached in this way, Prof. Hollenbach was able to articulate the profound relevance both of human rights concepts – which too easily are taken for granted in today’s world – and the rich tradition of Catholic Social Teaching, which is not a dead-letter found in a manual on the shelf of a rarely-visited library, but a vibrant body of practices informed by the lived-life of faith as much as by speculation. No-one in the room could be left in any doubt but that where human rights work and the church’s social action meet, some of the most significant work facing Christians in the contemporary world will follow. 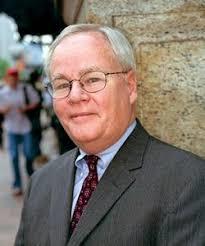